Join in the Faecal Microbiota Transplantation discussions online in our forum. You can ask questions, discuss experiences and chat about research or case studies. Our forum is friendly and secure.

Scientists have spent many years working on the microbial ecology of the gastrointestinal tract, focusing on developing novel strategies for preventing the colonisation of the gut by pathogens.

FMT is a microbial therapy that delivers stool from a healthy person into the colon of a sick person. Explore a list of FMT FAQS which cover some of the most commonly asked questions about Gut Flora Transplants (FMT).

The Leading Advisory
Centre For FMT

Fecal microbiota transplantation (FMT) is the administration of a solution of fecal matter from a donor into the intestinal tract of a recipient in order to directly change the recipient’s gut microbial composition and provide a range of health benefits.

FMT is used for the treatment of gastrointestinal diseases such as inflammatory bowel disease, autoimmune enteropathy, and irritable bowel syndrome, clostridium difficile enteritis, etc. At the same time, it is also a new therapeutic research direction for diseases such as Parkinson’s disease, chronic fatigue syndrome, multiple sclerosis, obesity, metabolic syndrome and major depression.

Join the discussion on FMT here.

Find an FMT Clinic near you

During the past decade, FMT has transitioned from a low-tech procedure, sporadically used by clinicians who were committed to treating severely ill patients, to a safe and quality-audited routine treatment.

Our goal is to provide research, offer advice and information on all aspects of FMT, providing our users with the facts to make an informed choice. 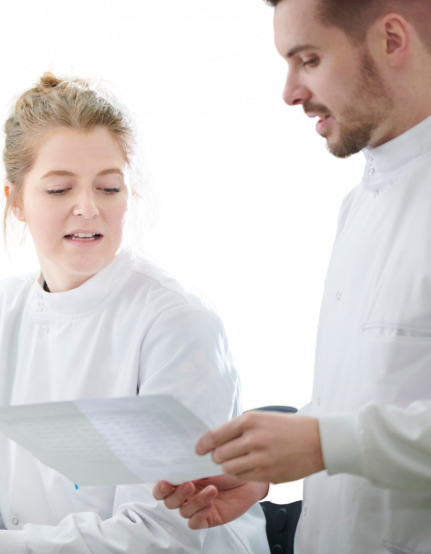 The gut microbiome plays a pivotal role in human health and disease and is essential for human development, immunity and nutrition. Often referred to as the microbiota-gut-brain-axis, the underlying molecular mechanisms that comprise the link between the gut microbiome and its effect on our brain and behaviour are slowly being revealed. By working together and understand research we can move forward and conquer illness.

We always support our users to read the research articles and make an informed decision. If you need specific advice please do email us and we'll be in touch. Alternatively why not join in the FMT conversation in our forum.

We think it’s really important that clinicians have a mixture of clinical skill and human
qualities that mean you can place your trust in them.
View ALL CLINICS 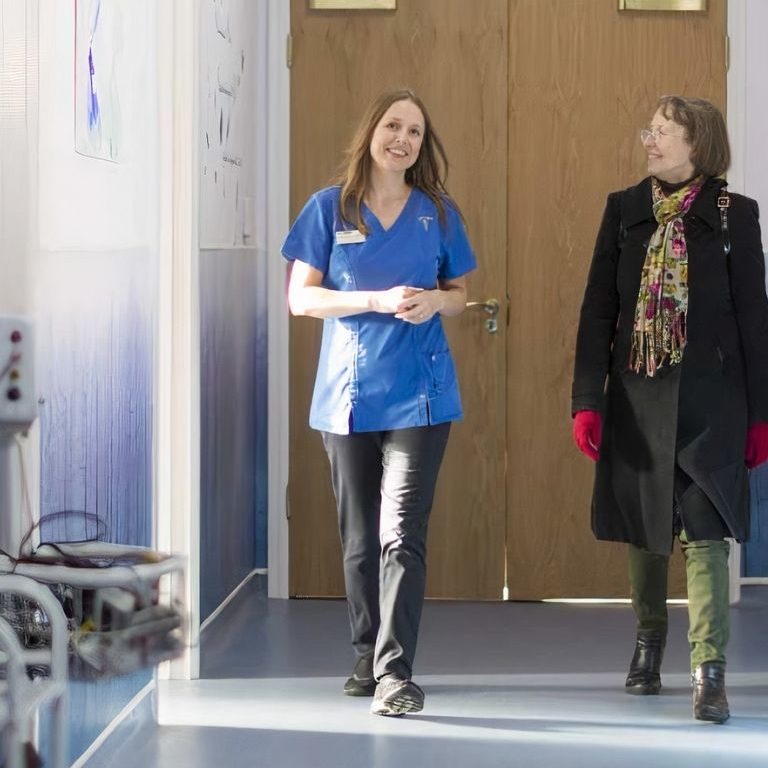 UK Clinics
As the world’s first clinic to specialise in Fecal Microbiota Transplantation we are passionate about helping people. 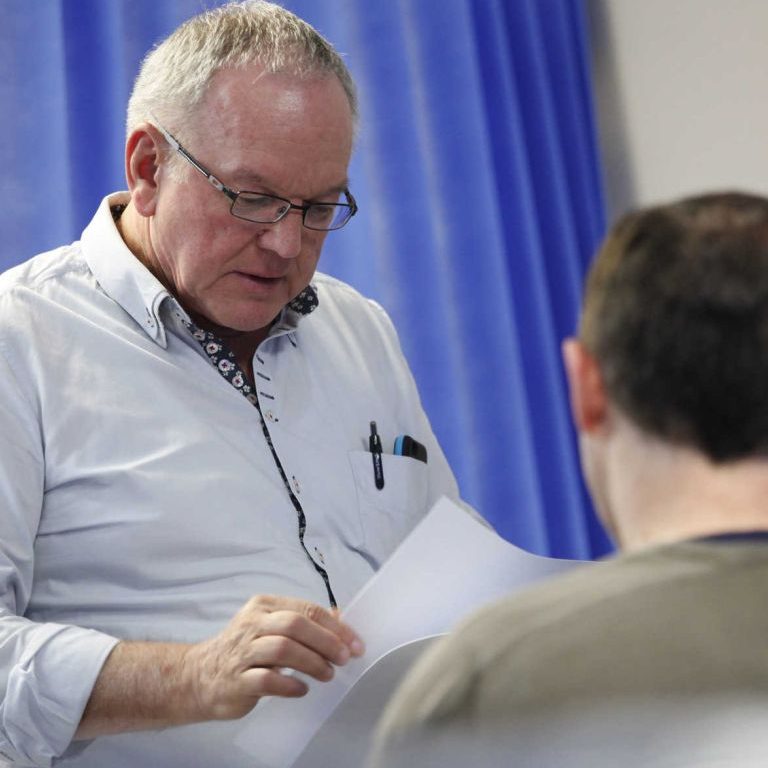 Australian Clinics
The physician team at the Doctors Hospital West includes Gastroenterologists, a Neurologist, an Emergency Medical Practitioner and. 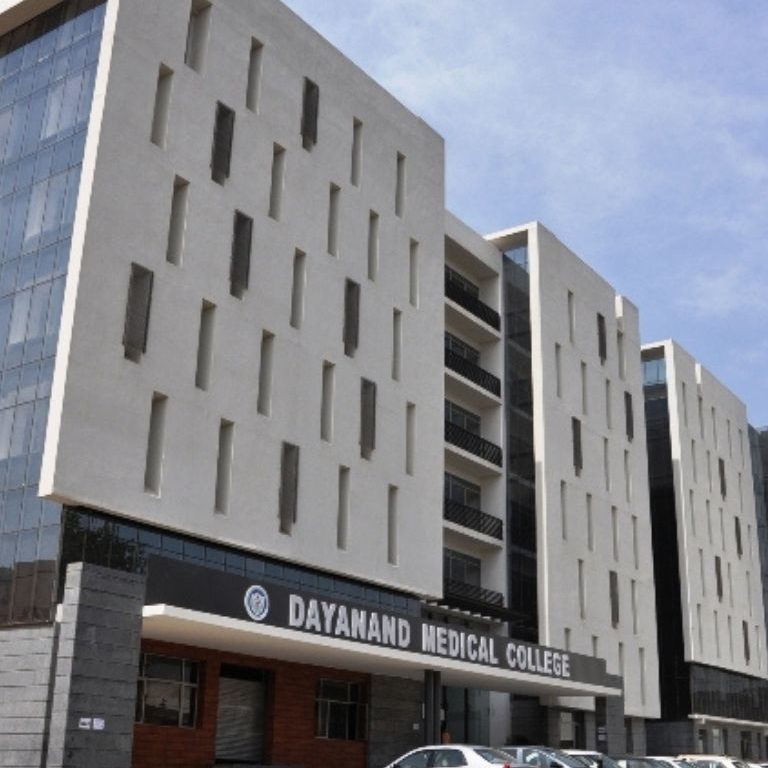 North America Clinics
LEADERS IN COLON & RECTAL HEALTH SINCE 1957 Since the founding of our practice in 1957, our… 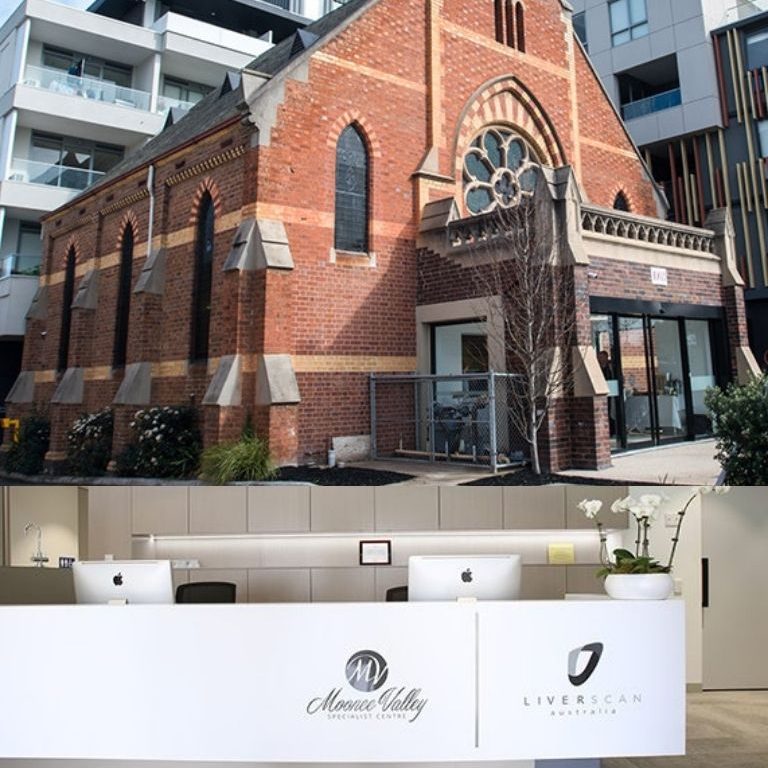 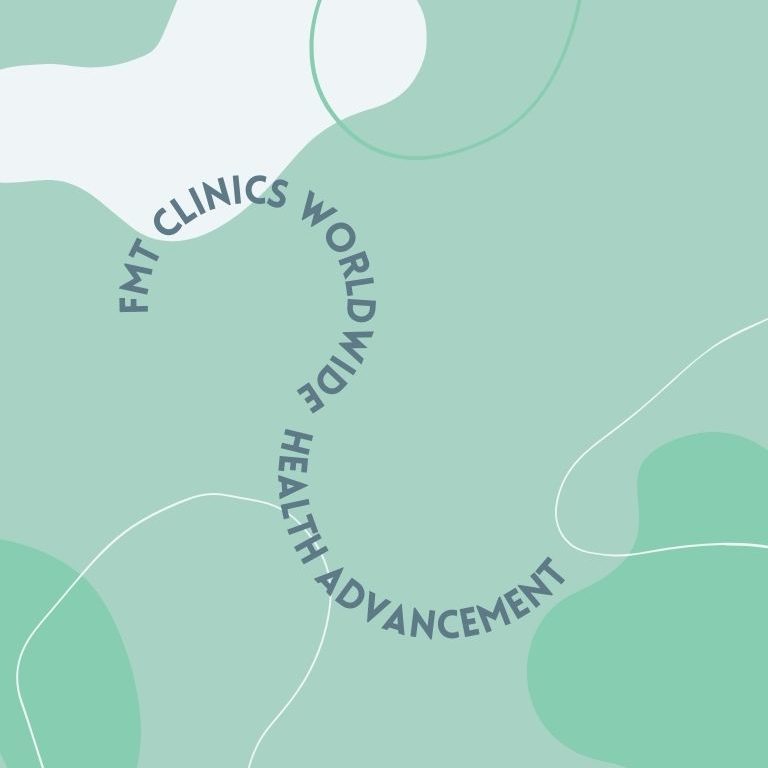 We want to hear what You have to say

Ask questions and tell us how we can help you 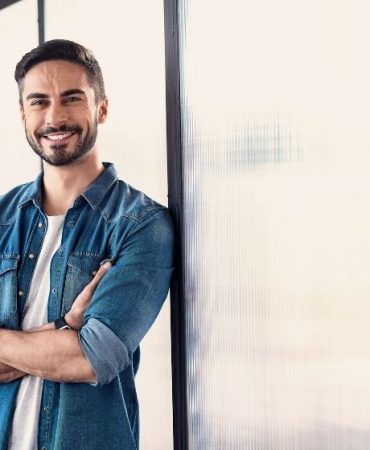 Efficacy of faecal microbiota transplantation for patients with IBS 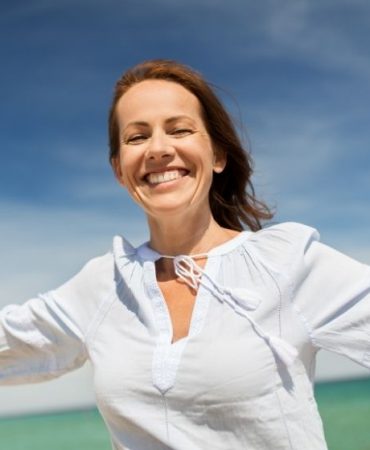 Faecal Microbiota Transplant (FMT) has improved outcomes for the treatment of Clostridioides difficile infection (CDI) compared to antibiotic therapy. In… 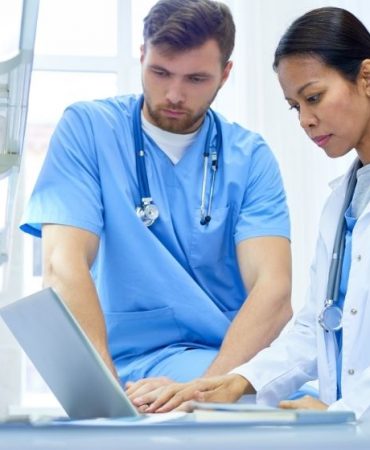 Faecal microbiome transplantation (FMT) has generated huge recent interest, as it presents a potential solution to a significant clinical problem… 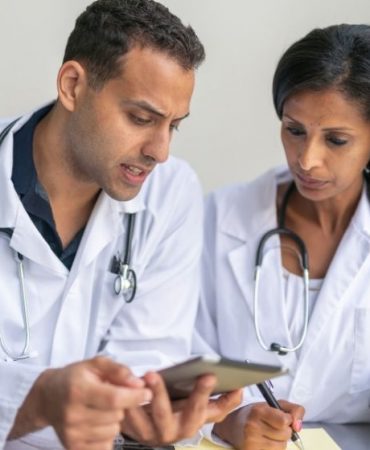 The workflow for microbiome research
4th C 4th C
17th C 17th C
20th C 20th C
WWII WWII
1958 1958
1978 1978
2011 2011
2012 2012
2013 2013
2015 2015
2020 2020
2021 2021
1700 years ago. It was an ancient Chinese researcher in the 4th C, by the name of Ge Hong, who first used what was referred to as ‘yellow soup’ to treat his patients with severe diarrhoea. The ’soup’ was administered orally, this may be why it was not a popular treatment and faded into the background.
Animal Veterinarians have used healthy animal stool, stirred into feedstuffs to treat a sick animal.  It was also given rectally.
It was during WW1 that Prof. Nissle found a strain of Esherichia coli in the gut which protected soldiers from going down with dysentery.  It became known as Nissle 1917 Mutaflor(R)  and is available as a probiotic - not administered rectally though, but it was in the same research area.
Camel stool in enemas was used by German soldiers to treat bacterial dysentery during World War II.
Eisenman et al published a paper reporting on his treatment of patients with antibiotic-associated diarrhoea with FMT via retention enemas. The patients recovered promptly and well from the diarrhoea.
The value of FMT was widely recognized in treating the refractory intestinal condition called Clostridium difficile resistant diarrhea. In over 95% of cases the cure was quick and permanent.   Pioneered by Professor Thomas Borody at the Centre for Digestive Diseases (CDD) in Sydney, Australia, he used colonoscopy to administer the treatment.
The Taymount Clinic in Hertfordshire, UK opened and began perfecting the method of donor screening, extraction and quarantining of the implants, recognised by MHRA today as being the safest method.
Doctors refer to FMT as having the “Ick Factor” and MHRA classifies FMT as a therapy, not as a medical treatment.

In July 2013, FDA (USA) issued a guidance document stating that it intends to exercise enforcement discretion under limited conditions regarding the IND requirements for the use of FMT products to treat C. difficile infection in patients that have not responded to standard therapies.   This includes needing to prove 3 courses of vancomycin antibiotic have failed to bring the infection under control before FMT will be permitted on a licence-by-licence basis.

MHRA (UK) start to consider that as FMT is so effective against RCDI (Recurrent C. difficile Infection), it should come fully under their control and be classified as a medicine.

MHRA (UK) issues GMP certificate and licence to manufacture under a Specials Licence for Taymount Ltd (TML.science) UK. TML.science has produced over 42,000 implants without serious side effects.

We have answers to common questions people ask
SEE FORUM
Is the FMT process painful?

FMT clinicians administer transplants direct to the colon, using a paediatric catheter to enhance client comfort. Patients report that the procedure is painless.

How is the implant administered?

A few FMT researchers use a ‘top-down” process where a nasogastric tube is inserted and tracked down through the esophagus and stomach, sometimes into the duodenum.

For a number of reasons (which include client comfort) most practitioners prefer to use a rectal catheter infusion of the implant that delivers the transplanted gut flora directly to the large bowel (colon).

Can FMT be used to treat children?

It is an emotive subject and we fully understand parents’ desperation when they contact us for advice.

FMT is still in a research phase and UK law has a strong view on parents who attempt a non-clinical and “experimental” treatment on a child.

Taymount Bahamas Clinic has a resident paediatrician and will consider clients between the ages of 5 and 18. Each case is considered on its own merit through consultation and of course, travel to The Bahamas is necessary for any FMT programmes offered.

Is FMT available on the UK National Health Service?

Any UK NHS client wishing to have this treatment paid for by the NHS will have to directly approach their own doctor to ask if their area CCG – Clinical Commissioning Group (formerly called a PCT – Primary Care Trust) will fund their treatment from the local health budget.

No, not at all. We stress that FMT is not a replacement for any medical procedure whatsoever.
Clients should ALWAYS refer to their registered Medical Practitioner in the first instance and we recommend that medical advice be sought before booking or undertaking Faecal Microbiota Transplants (FMT). 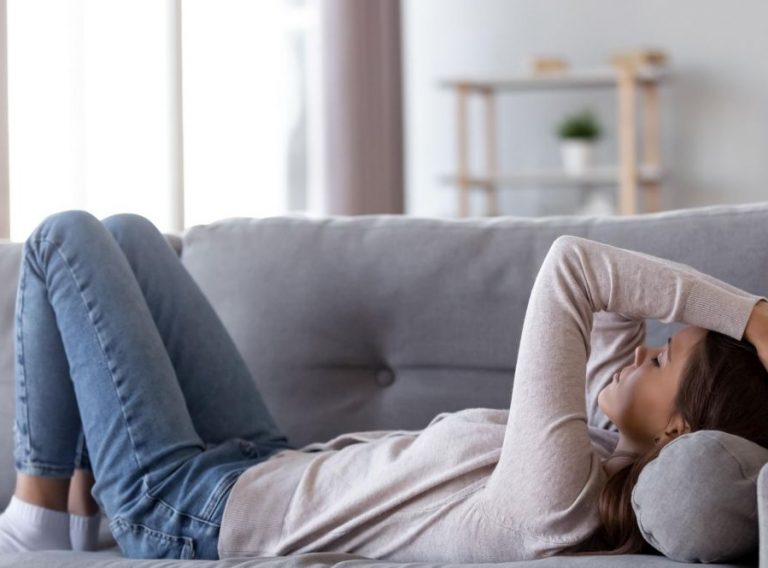 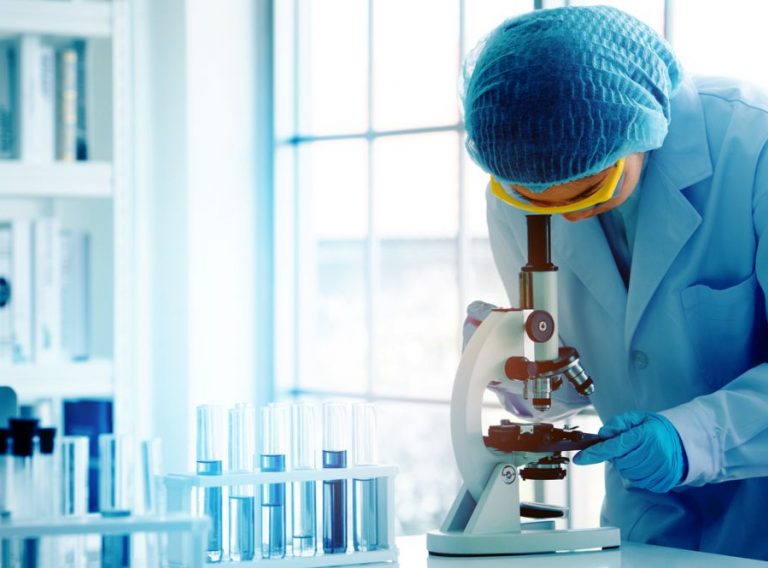 A new study from researchers at Weill Cornell Medicine and NewYork-Presbyterian suggests the effectiveness of fecal microbiota transplantation otherwise known as.
Read more 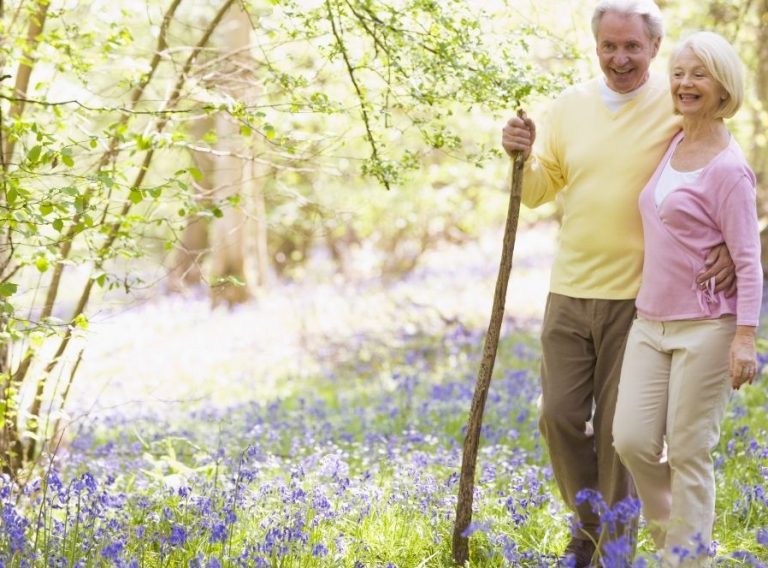 Today, it feels like everything has changed—it’s either been closed, postponed, or canceled. Some states have officially shut down. You’re working.
Read more
x